Ringless Voicemailand Voice Broadcasting for Real Estate are both low cost marketing tools to reach a large audience, but many people still don’t know the difference between the two.

What is Ringless Voicemail and how does it work?

Ringless Voicemail refers to a telemarketing service that uses a direct-to-voicemail technology which allows the user to send pre-recorded voice messages to a cliient, or lead without their phone  ringing. Hence, the name “ringless voicemail.” It is usually used to deliver information regarding a product, service or reminders. Ringless voicemail was meant to resolve the inconvenience of catching the customer at a bad time, and enables them to listen to the voicemail and respond on their own time and is a cost-effective way of increasing inbound call-backs.

According to surveys, people prefer listening to messages instead of talking to telemarketers to decide if they are interested in the product and make the return call. Ringless Voicemail for real estate is a great way of ensuring that your lead can receive your message and decide whether they are interested, or not.  Millions of companies and marketing agents use this service to ensure the success of their product and campaigns!

What is a Voice Broadcasting and how does it work?

A Voice Broadcast, unlike Ringless Voicemail, is an automated phone call that actually rings, and delivers a pre-recorded voice message which instructs the recipient to take some type of action. If nobody answers, a voicemail will be left on the recipient’s voicemail, similar to Ringless Voicemail, however with Voice Broadcasts, the phone actually rang before the voicemail picked up. Voice Broadcasting has widely been used for an array of communications such as public service announcements, political messages, event or appointment reminders, product advertisements, and opinion polls. These messages are sent by an autodialer to deliver a prerecorded message.  Voice Broadcasting is a form of telemarketing allows the recipient to interact either through a keypad input, which allows them to be transferred to a live person (or series of messages).

Voice Broadcasting For Real Estate is one of the most efficient methods of outbound calling to send your message to a large number of recipients automatically. One of the main benefits of Voice Broadcasting for Real Estate is that the recipient can  be prompted to press a key on their keypad in order to be connected to a representative or press another key to be added to your DNC list. A

What are some of the challenges faced by Ringless Voicemail and Voice Broadcasting for Real Estate?

There has been a considerable amount of controversy around the use of services like the Ringless Voicemail and Voice Broadcasting in recent years.

Critics, such as consumer advocates, and particularly the recipients of automated ringless voicemails or voice broadcast messages, have been petitioning for these services to be banned. These petitions have been based on the complaint that these services bring in alot of spam, and makes it extremely difficult for recipients to differentiate between important calls or voicemails and  marketing messages.

These criticisms, however, have been responded to by ringless voicemail providers becasue the messages are delivered directly to people’s voicemails without actually ringing their phone, and that they should be excluded from consumer protection laws banning identical kinds of telemarketing.

Similarly, Voice Broadcasting companies advocate for their service because it allows users to decide whether they want to listen to the message and receive more information (by selecting a certain digit on their keypad) or being added to a DNC list instantly (by pressing a different digit on their keypad). Scammers, unfortunately, have in the past used voice broadcasting as a means for get rich quick schemes.

Why Use Ringless Voicemail or Voice Broadcasting for Real Estate Marketing Campaigns? 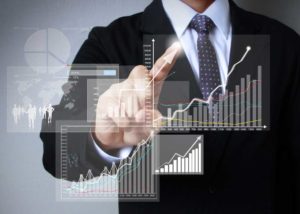 Consider some of the following statistics:

Ringless Voicemail, then, solves many of these problems and can increase your response rate by 80%, while also allowing you to reach thousands of people in a matter of mere minutes!

While Ringless Voicemails are great for the purpose of leaving voicemail messages, the following are some of the few benefits of a good Voice Broadcasting Campaign:

So, What Ringless Voicemail and Voice Broadcasting Companies Do You Recommend?

Why choose REI Ringless for your Ringless Voicemails?

Why choose REI Broadcast for your Voice Broadcasting needs?

How do We Use Ringless Voicemail and Voice Broadcasts Legally?

Due to the recent upsurge in complaints regarding such services all across the globe, both REI Ringless and REI Broadcast recommend you have a very strict procedure in place to ensure you remain compliant, like abiding by the National Do Not Call List, and running your lists through the DNC before sending, not sending on holidays and other days specified as not allowing telemarketing calls as well as :

There’s a big difference between assuming and knowing. When you decide to use ringless voicemail or Voice Broadcasting for Real Estate, it’s important to know the rules and regulations. And know that some of the “rules” are open to interpretation, depending on who you speak to. There are attorneys who argue and make valid claims for both sides of a potential FCC complaint against ringless voicemail and/or Voice broadcast use.

You should take the time to do the research regarding what the rules and regulations are in your state. This means that you may have to separate your marketing lists down to state so that you don’t accidentally break laws and your messages may need to differ for different campaigns based on regulation.

People put themselves on National and State DNC lists for a reason – they don’t want to be bothered. If you ignore this, you can find your company being listed in a complaint to the FCC. It can also guarantee that you won’t get a person’s business. Be sure that you scrub your marketing lists against the DNC lists so that you don’t contact them on a future campaign.

Honesty is always the best policy, no matter what you might be trying to sell. You need to make sure that you’re honest and upfront with what your message is. Be sure that you identify how you got their information or why they need to call you. If people are being called about things that don’t pertain to them, they’re more likely to report you to the FCC or to the Better Business Bureau.

Make it easy for people to contact you if they’re interested. You also need to provide a local or toll-free number at the beginning and end of your message that allow people to opt out of any future messages. This ensures that you give people a way to remove themselves from being contacted. Otherwise, it’s just like spam emails or calls without the ability to unsubscribe.  Allow OPT Outs: When people call you back and yes, they will call you back in large numbers. Give them an automated way to remove there number from future calls. This is why both REI Ringless and REI Broadcast have built in IVR which allows users to OPT THEMSELVES OUT upon initial return call.

For more information regarding  using Ringless Voicemail or Voice Brodasting to generate seller leads for your business, contact us today!

How To Generate Real Estate Wholesale Leads Your wholesaling business will be...

Get our latest blog posts directly to your Inbox. Just submit your email below.